North America is home to hundreds of ethnic and religious groups, each with particular practices that may seem strange to outsiders. Yet, even in such diversity, the Amish stand out. In fact, it is difficult to imagine a group more at odds with the plot of America’s narrative. As many Americans celebrate their love affair with the automobile, Amish people continue driving horse-drawn buggies. 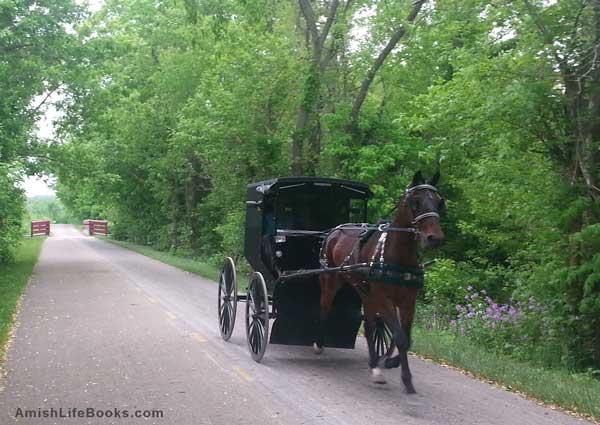 As electronic media have accelerated the pace of communications, Amish churches have resisted telephones and remain unconnected to the internet. The best Madison Avenue marketing has not enticed Amish families to buy televisions, change their hairstyles, or adopt the household conveniences – from vacuum cleaners to dishwashers – that Americans of all stripes consider necessities. Amish children end their schooling at eighth grade, unmoved by the promises of higher education. Meanwhile, the Amish have refused to fight in America’s wars, held at bay the country’s social welfare programs, and shown little interest in feminism or other widespread social movements. In a society that celebrates the individual and supports freedom of choice, they insist on submission to God, communal tradition, and the church.

Yet despite the yawning gap between Amish culture and mainstream society, the Amish are thriving. They are doubling in number every eighteen to twenty years and defying the predictions of twentieth-century observers that they would dwindle. From a mere 6,000 in 1900, their population has now grown to some 275,000 across thirty states and the province of Ontario. While more than half live in Pennsylvania, Ohio, and Indiana, growing numbers call Wisconsin, New York, Michigan, Missouri, and Kentucky home.